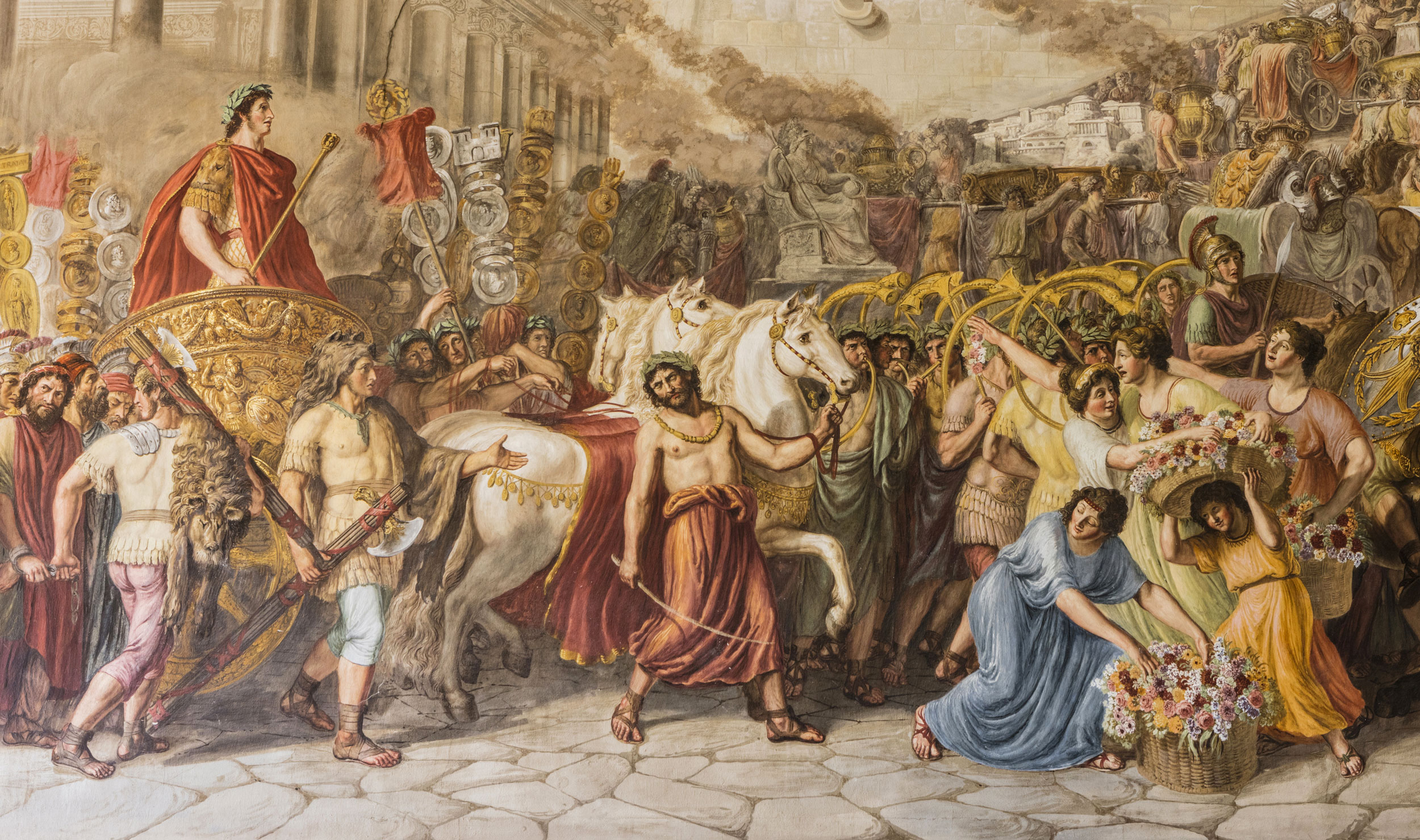 The room in sixteenth century style hosted the General Council during the period of the Republic. The painted sunken panels in the coffer ceiling have classical motifs like the Greek key design, foliage, ovules and indentations. In 1820, Maria Luisa of Spain, Duchess of Lucca, commissioned a series of frescoes to the painter Luigi Ademollo from Milan, who had already worked in Florence at Palazzo Pitti and the Pergola Theatre. The iconographic theme is taken from the “Stories of Emperor Trajan”, an example of an enlightened, magnanimous ruler. The painting technique created three faux tapestries. From the entrance to the room, looking at the wall on the right, you can see a portico supported by four caryatides with Trajan dismissing his armed
guards in the house of the conspirator Licinio Sura. Beside this, Trajan is shown while leading his wife Plotilla into the Domus Aurea, opposite of the “Triumph of Trajan”. These works use the imposing settings of Ancient Rome. Above the lateral doors allegorical figures with groups of weapons are represented and above some faux reliefs with “Stories of Trajan”. On the wall with the windows the “Allegory of the Bourbon Constancy” is illustrated with a triumph in a chariot drawn by two white horses trampling on Napoleonic vices: Violence, Envy and Betrayal, as a witness of the success of the Restoration.
This splendid room, today called the Ademollo room, took its name from the painter who realized the frescos on the walls with magnificent mastery. 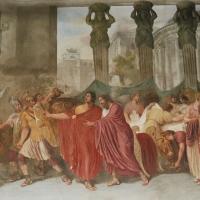