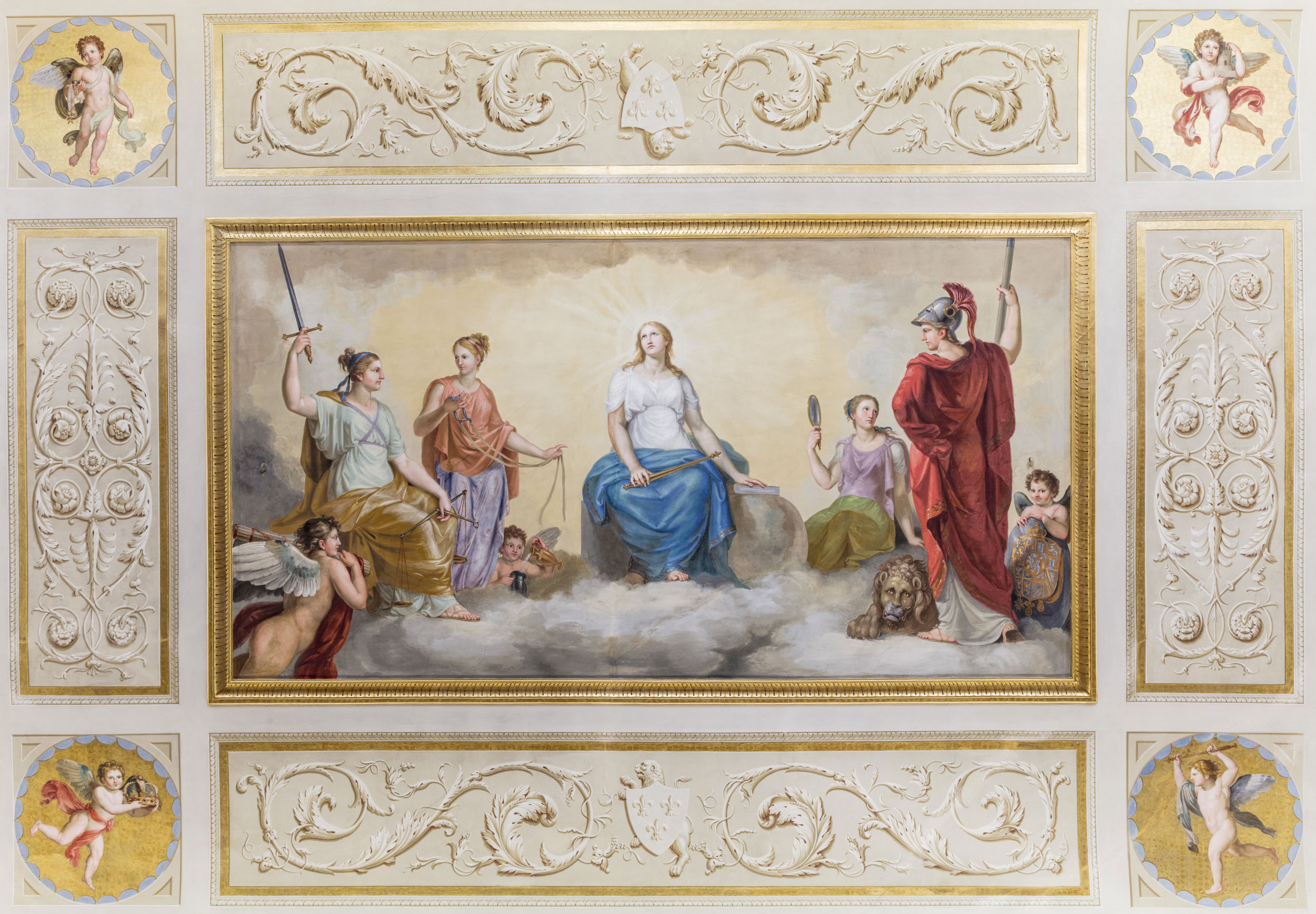 The Throne Room, as Tommaso Trenta refers to it in his “Guida del forestiere per la città e il contado di Lucca” in 1820, is dominated by a great ceiling with a tempera painting by Domenico Del Frate (c.1765-1821) showing in the centre a personification of Wisdom enthroned on clouds and surrounded by four virtues: Justice with scales and a sword, Temperance with reins and a cupid, Prudence looking at herself in a mirror and Strength with a lion and weapons. At each corner of the central painting four Putti in tondos with a gold background support the “Exploits of the Bourbon Family”: the Crown, recalling the Reign of Etruria of which Maria Luisa had been the queen; the Castile Tower; the Sceptre and the Armorial bearings of the knight orders which had been conferred to the Bourbons. The monochrome friezes in faux stucco also depict the family’s heraldic symbols amongst festoons of flowers, fruits and candelabra. The dado has a monochrome decoration with festoons of laurel and oak crowns, plants symbolising glory and strength. Here the monarch gave audiences and received credentials from the ambassadors. The painting entitled “Cornelia introduces her sons to Capua's matriarch” was painted by the roman artist Vincenzo Camuccini (1771-1844).  On the east wall, there are two busts realized by the sculptor Norfini in 1889: on the top Antonio Mordini, vice-president of the Provincial Council from 1887 to 1889, and below the jurist of Lucca Francesco Carrara. 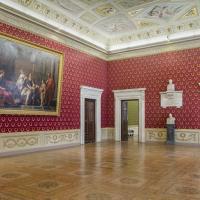 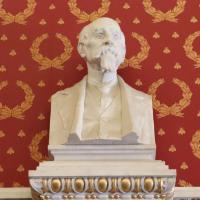 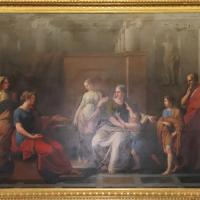 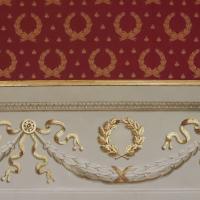 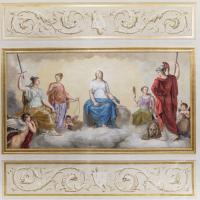